HealthImaging.com reports on a study in the New England Journal of Medicine that Coronary CT angiography could dramatically reduce the risk of a heart attack.

In a first of its kind study, researchers found coronary computed tomography angiogram (CTA) in addition to standard cardiac testing may reduce patients at risk for coronary heart disease or a heart attack.

Researchers from the University of Edinburgh in the U.K. determined from the Scottish Computed Tomography of the Heart (SCOT-Heart) trial that the method reduced the number of patients who suffered from a heart attack by 41 percent five years after initial testing, according to a study published Aug. 25 in the New England Journal of Medicine.

Additionally, the team concurred that current cardiac testing guidelines should be updated to incorporate CTA scans into routine clinical care as it is more cost effective and quicker than current methods and would not lead to a surge in costly tests or additional heart surgery.

“This is the first time that CT guided management has been shown to improve patient outcomes with a major reduction in the future risk of heart attacks. This has major implications for how we now investigate and manage patients with suspected heart disease,” said lead researcher David Newby, MD, PhD, chair of the British Heart Foundation Center for Cardiovascular Science at the University of Edinburgh.

For the SCOT-HEART trial, researchers tracked more than 4,100 patients between the ages of 18 to 75 years who were referred to 12 cardiology centers in Scotland for symptoms of angina, or the restriction of blood supply to the heart. Of those patients, half were given a CTA scan in addition to standard diagnostic tests. The remaining patients received standard care without additional scanning.

“Our findings suggest that the use of CTA resulted in more correct diagnoses of coronary heart disease than standard care alone, which, in turn, led to the use of appropriate therapies, and this change in management resulted in fewer clinical events in the CTA group than in the standard-care group,” Newby et al. wrote. 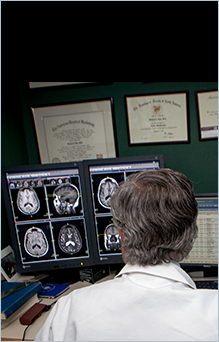 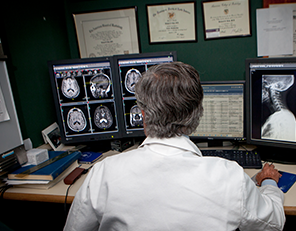