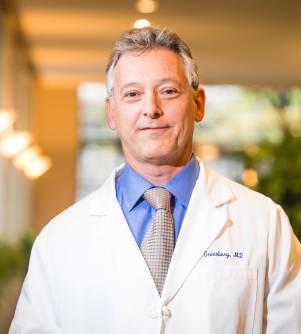 Certified by the American Board of Radiology in 1995, Dr. Stephen Greenberg served as Clinical Associate Professor of Radiology at New York University School of Medicine before joining East River Medical Imaging in July of 1997. Dr. Greenberg received a Certificate of Added Qualification in Neuroradiology by the American Board of Radiology in 1997 and serves as an Assistant Attending Radiologist at The New York Hospital and is a Clinical Assistant Professor of Radiology at Weill Cornell Medical College, Cornell University. Dr. Stephen Greenberg has written and co-authored articles in several professional journals. He has presented original research at meetings of the Radiological Society of North America and has given both lectures and workshops in Neuroradiology. A Summa Cum Laude graduate of the University of Pennsylvania, he received his M.D. from New York University School of Medicine. He completed a medical internship at North Shore University Hospital and radiology residency at St. Luke’s-Roosevelt Hospital Center, where he was Chief Resident in his final year.